Home»Blog»Hangover: Straight Up With A Twist 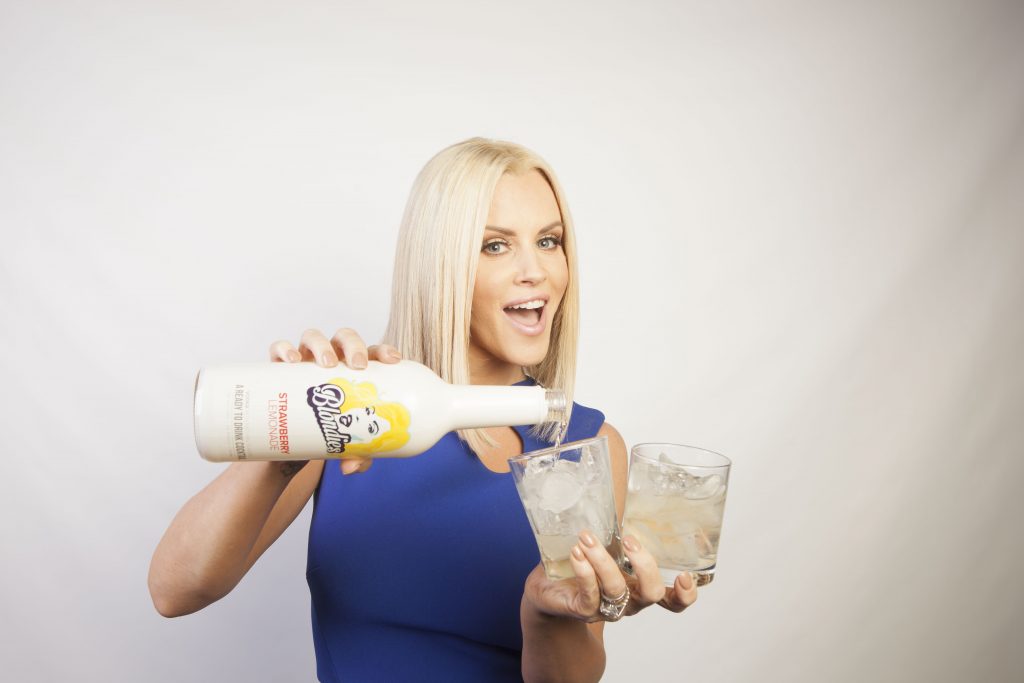 “This story is for entertainment purposes only and is not intended to trivialize the negative effects of alcohol. Please enjoy Blondies Cocktails responsibly.”

Too bad we don’t have our own built-in “over-served” meter that lets us know when we enter that fugly state where regrets are born, memories are murky, and hangovers are created.

I guess you can say we have exterior “meters” called friends who we count on to let us know when the state of hot mess has been reached.

But can we really count on them? Well, if “we are the company we keep,” then your friend is probably just as shitfaced as you, if not more shitfaced, and you’re probably more proud than embarrassed.

A FIRST HANGOVER TO HAZILY REMEMBER

I remember my first hangover. It went past the point of hot mess and was borderline deadly (and that’s no exaggeration). I was a freshman in high school. My best friend’s parents went bowling and she invited me and two of the “cooler” guys from our neighborhood over to her house.

I worked at a liquor store at the time and was easily able to sell myself a fifth of Bacardi Rum. The dark one to be specific.

With my hair freshly permed and wearing my new Jordace jeans (that I sewed myself into, specifically the calves because if you don’t have the tightest jeans in the calf area, you might as well give up on life in the 80s), I arrived at my first drinking party. And I was the only one carrying booze, so I actually didn’t even need the perm. I walked in, cool as hell, carrying my Bacardi 151 and wearing my tapered jeans.

Five minutes of awkward silence had passed until finally one of the boys (sounding like Bill and Ted’s Excellent Adventure) said, “Dudes, I bet neither one of you can chug this bottle.”

Wanting to appear cool at all times, I lunged toward the bottle thinking my friend was going to beat me to it and I immediately started chugging a fifth of Bacardi. My adrenaline was going as I heard my peers chant and cheer me on. Hyper focused on chugging, I managed block out the horrific taste. I finally released the bottle from my grip and took some big deep breaths.

The chanting had come to an abrupt stop, replaced with more awkward silence, except this time the silence had a twinge of sheer terror to it. I slowly looked over at them and noticed the expressions on their faces. Shocked is the word to describe it but to get really specific, one of the boys looked like he had just walked in on his grandma naked, the other boy looked like a three-year-old mesmerized by a fidget spinner, and my girl friend looked as if she was waiting for my death.

Finally, one of the boys said, “Holy shit I can’t believe it.” I looked at the bottle to see how much I actually drank. I was thinking maybe 5 oz. Nope. I drank the entire fifth leaving only 5 oz in the bottle.

In denial, and not knowing what would happen to me because I had never drank before, I calmly said, “I did it.”

That was the last vivid thing I remember of that night. The rest was all flashes. It didn’t take long before I was in my girl friend’s bathroom. The toilet didn’t matter because the entire bathroom became my toilet.

The craziest part of the whole story is not the fact that I almost died. No, the craziest part is that the boy who offered to drive me home actually kept trying to make out with me during red lights! But every single time he got close, I puked either all over his dashboard, or hung my body out the window and watched my puke fly in the air onto the car behind us. Hot mess Jenny was born.

Doing my best to compose myself, I prayed my entire family was sleeping as I crawled up the front porch like a six-month-old.

I lived in a small bungalow in Chicago. We only had one room to hang in. That was the “fronch room.” No, not the front room, even though it was the room in the front of the house. It was called the “fronch room” and that’s where a family of six squeezed into a room that could technically only hold four people max. Well my wish didn’t come true. I shoved opened the door and saw my entire family squished on one small sofa.

Somewhere in my alcohol-soaked brain, I faintly remember telling myself to “act cool” but I was crawling past them on my hands and knees while grunting.

I continued crawling until I reached the stairs that led up to my bedroom. At this point, my mom was now on my ass. “What in God’s name of Jesus Christ happened to you?”

Once again, I said to myself, “Just tell her you’re really tired.” But what came out was, “ahjsksnvagbvwvj.” And then I tried to swat her away like a mosquito.

I finally made it up to bed and passed out. For two days and nights I puked green bile. Just when I thought there could be nothing left to puke, more bile.

Now you may think the worst part of this story is over. Oh no. Not at all.

My mother, obviously being concerned for me, dug around my room to find my diary.

During those two days of my hangover from hell my mother was reading stories of my prepubescent PERSONAL confessions of dry humping boys until a tingle in my crotch happened. The horror! My mother, being a future saint, was horrified. She burst into tears while I lay there unconscious, smelling like an entire St. Patty’s Day Parade.

Needless to say, I never drank Bacardi again. Nor have I ever kept a diary.

Long gone are the days of a Bacardi hangover, now it’s just the pleasure of drinking Blondies Cocktails!